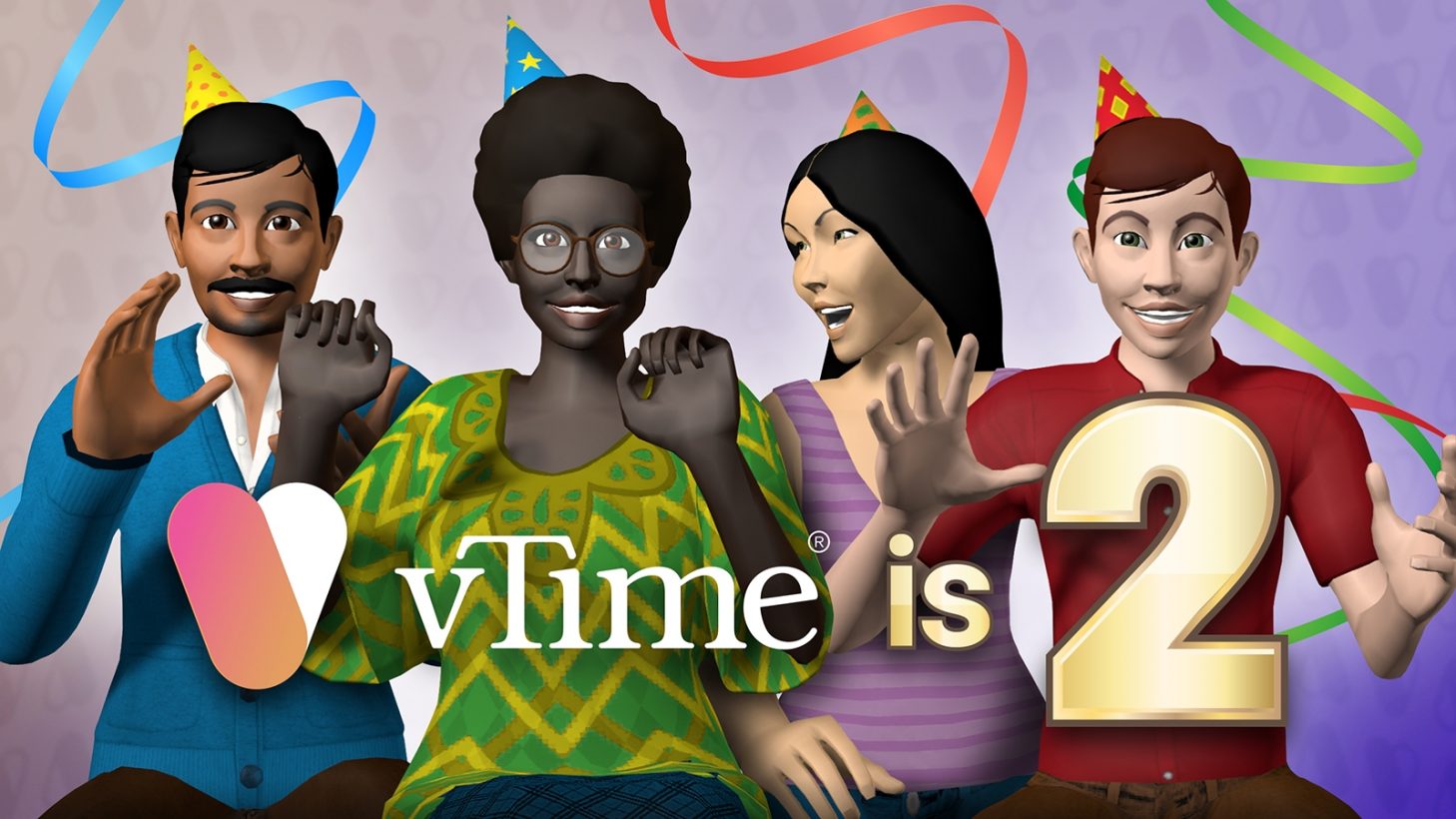 It's been two short years since we pressed the launch button and unleashed vTime upon the world. And what a two years it's been!

We started off with zero users, one platform, and just eight environments. Since then, over 700,000 of you have experienced our sociable network, across seven platforms, and hailing from over 190 countries. We now have a whopping 20 destinations, and our users can share their own images and 360s in multiple destinations.

Our character customisation suite was given an almighty overhaul, giving our users millions upon millions of customisation options, with a system designed for diversity.

This year, we've said hello to new platforms. We welcomed Daydream as the new year began, and were extremely proud to partner with Microsoft to be a launch title for Windows Mixed Reality.

We added support for hand controllers such as Touch, Gear VR Controller, and Windows Motion Controller, allowing our users to bring their hands into vTime for the first time. We introduced vMotes - our suite of virtual emojis - to add emotion and character to your sessions.

We changed the way that we deliver content to the community with the introduction of Optional Content, meaning vTime can take up as little or as much space on your device as you like.

But what does the future hold? This time last year, our users were invited to join the open beta for a feature called vCast - our unique 'broadcast yourself in VR' feature. vCast allowed you to livestream your session in VR to the entire network, or to record it for others to watch on demand later, as if it were live. We took vCast back to the labs to work in all the incredible feedback we received from the community. And our experiments are almost over...

2018 will see the launch of the full vCast, featuring broadcast, record, producer tools and more. We can't wait to give the ultimate VR broadcast tool to our users to see what they create, and also to bring incredible entertainers and creators to the network for shows, events, meet-ups and more.

You also might have heard about our partnership with Jaunt. We'll be bringing Jaunt's awe-inspiring content to the network in early 2018, allowing the world to socialise inside their box of 360 delights for the first time.

We're also heading to Vegas at the start of January, after which we'll have more to share about our jam-packed road-map for the coming year.

We'd like to thank each and every one of you for being a part of our journey. Every idea, suggestion, and user story is gratefully received, and we hope that you'll love the amazing features we have coming up as much as we do!

See you in vTime!