Used by people in 195 countries, vTime is the only VR social network available across all mobile formats, and is now available to download for free from the Google Daydream and Google Play stores. 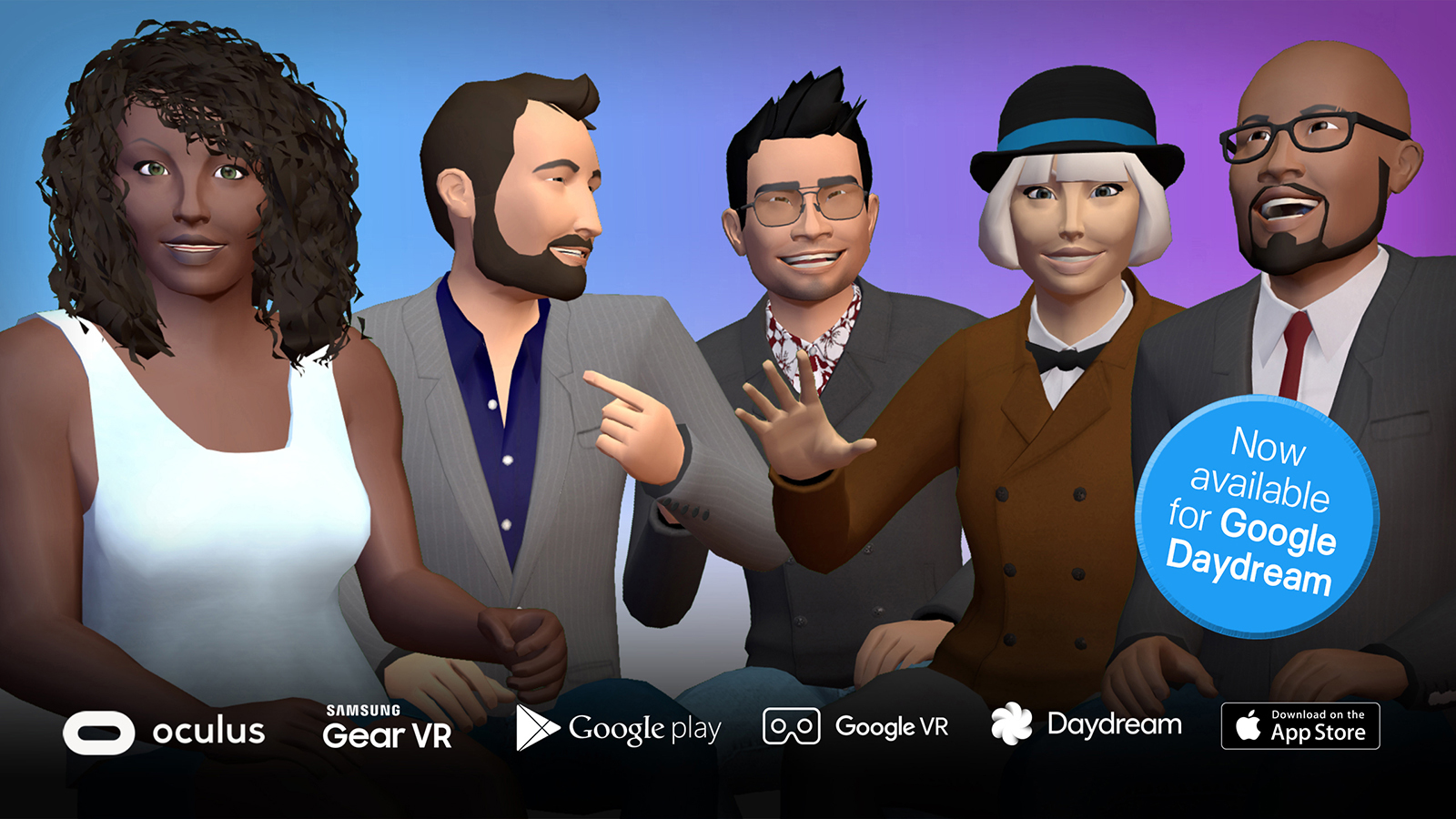 (Liverpool, UK – 4th January, 2017) vTime, the VR Sociable Network, today becomes the most widely-available VR social network in the world as it launches for Google Daydream. Used by people in 195 countries, vTime is the only VR social network available across all mobile formats, and is now available to download for free from the Google Daydream and Google Play stores. Offering its users the easiest way to chat, share, broadcast and record in virtual reality, vTime is now live on five VR platforms; Samsung Gear VR, Oculus Rift, Google Cardboard, iPhone and Google Daydream.

Managing Director Clemens Wangerin said: “We’re very proud to reach this significant milestone within 12 short months of launching on our first VR platform. Being the only app of its kind available on all the Google VR platforms gives us full availability on every significant mobile VR platform in the market today. With the trajectory of mobile computing over the next few years as compelling as it is, and the phone already established as the most important device you own, we believe the ease-of-access to mobile VR will continue to mark it out as the most accessible form of VR for quite some time, with vTime perfectly positioned to capitalise on that.”

The launch on Daydream follows a flood of significant updates for vTime. November saw vTime become the first VR social network to launch on iOS - available now for the iPhone 5S upwards. The expansion saw vTime pass half a million downloads the day before its first birthday celebrations on December 22nd.

The immersive and easy-to-use network also added pioneering new feature vCast. This open beta feature allows every vTime user to broadcast their VR podcasts, panels, talk shows and more to the entire community. Unlike traditional live-streaming platforms, vCast viewers can watch the action from a prime position in any of vTime’s 18 environments. With full spatial audio and rotational tracking for viewers, vCasters can be joined by up to three other guests, and can bring in their own flat and 360 images to use within the broadcast. For viewers, vCast offers the ability to view content without directly taking part.

vTime’s latest early access feature push also gives each user the ability to record their session or vCast in full 360, and then publish the content to their public library, meaning viewers are free to enjoy the event an unlimited number of times at a time that suits them, and as if it were live.

As well as furthering discoverability for content and content creators, further updates coming this year will also see the introduction of producer tools, which allow a second vTime user to take up the production mantle. Leaving the host free to do what they do best, the producer can bring in guests, content, messaging, and even external social media feeds for real-time interaction.

vTime is the VR sociable network that allows anyone, anywhere to socialize with family and friends in virtual reality. Bringing people together virtually since December 2015, vTime is enjoyed by users in over 195 countries.

Experience a growing library of incredible destinations, and personalize your avatar, as you chat with others in the virtual world. Broadcast your sessions with vCast, and record them for others to enjoy on demand. Platform agnostic, vTime supports PlayStation VR, Google Cardboard, Google Daydream, iPhone, Samsung Gear VR and Oculus Rift, and will add support soon for HTC Vive soon.  www.vTime.net