vTime, the VR sociable network, today launches an update that celebrates the diversity of its global user base, with the launch of an expansive avatar customisation system. Offering its users millions of bespoke facial combinations, the launch marks the beginning of a series of entertaining and inclusive updates that will change the face of social virtual reality. 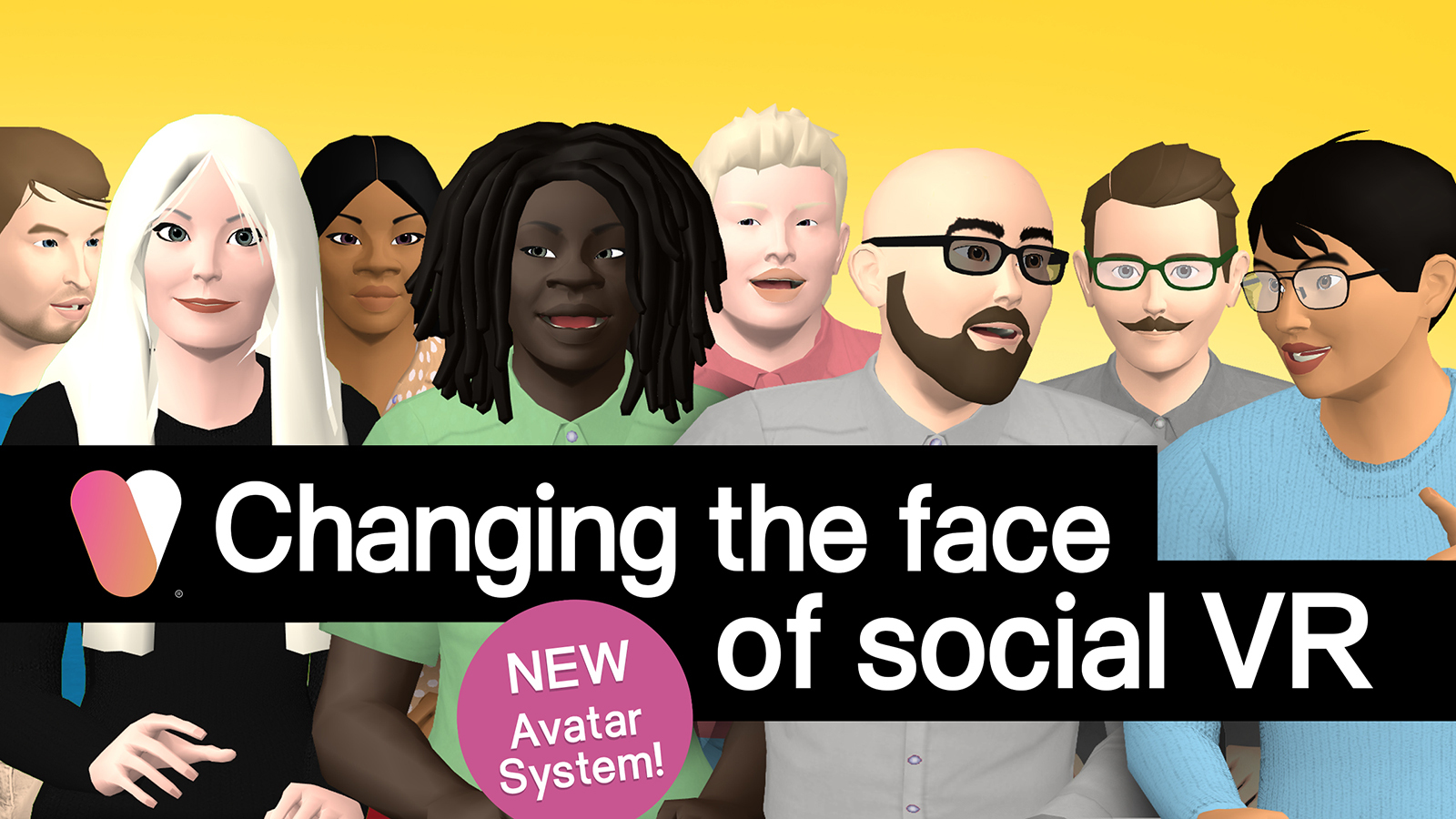 “This update, prioritised by us following extensive user feedback, celebrates difference, by allowing our community to bring more of themselves into virtual reality,” explains vTime Managing Director Clemens Wangerin. “The new system sees vTime become truly diverse and inclusive, allowing us to see the faces and uniqueness of each of our users – something that has been missing from the wider social VR community, until now.”

To foster inclusiveness, the new avatar system also steers away from traditional gender classification, and instead allows the user to choose the attributes most fitting to them, giving myriad options for the community to express themselves as they wish. An evolution of the current system, the process asks the user to pick the body shape, face shape and clothing that’s right for them.

The launch of the new system marks the beginning of a new phase for the VR social network, with the update paving the way for new features, events, tools and further customisation options coming over the next year.

Since launching in December 2015, vTime has already been downloaded over a third of a million times by users in 196 countries, offering users the easiest and most immersive way to meet, chat and share with family and friends. Working over 3G, 4G or Wi-Fi, the free app is currently out on Gear VR, Google Cardboard (for Android), and Oculus Rift (DK2 and CV1). Completely cross platform, vTime will be available on all major VR platforms soon, with support for iOS, Daydream, PlayStation VR and HTC Vive coming soon.

vTime is the VR sociable network that allows anyone, anywhere to socialize with family and friends in virtual reality. Bringing people together virtually since December 2015, vTime is enjoyed by users in over 195 countries.

Experience a growing library of incredible destinations and personalize your avatar as you chat with others in the virtual world. Platform agnostic, vTime will support all VR HMDs, including Google Cardboard and Samsung Gear VR and Oculus Rift, through to tethered headsets such as the HTC Vive, and PlayStation VR. www.vTime.net