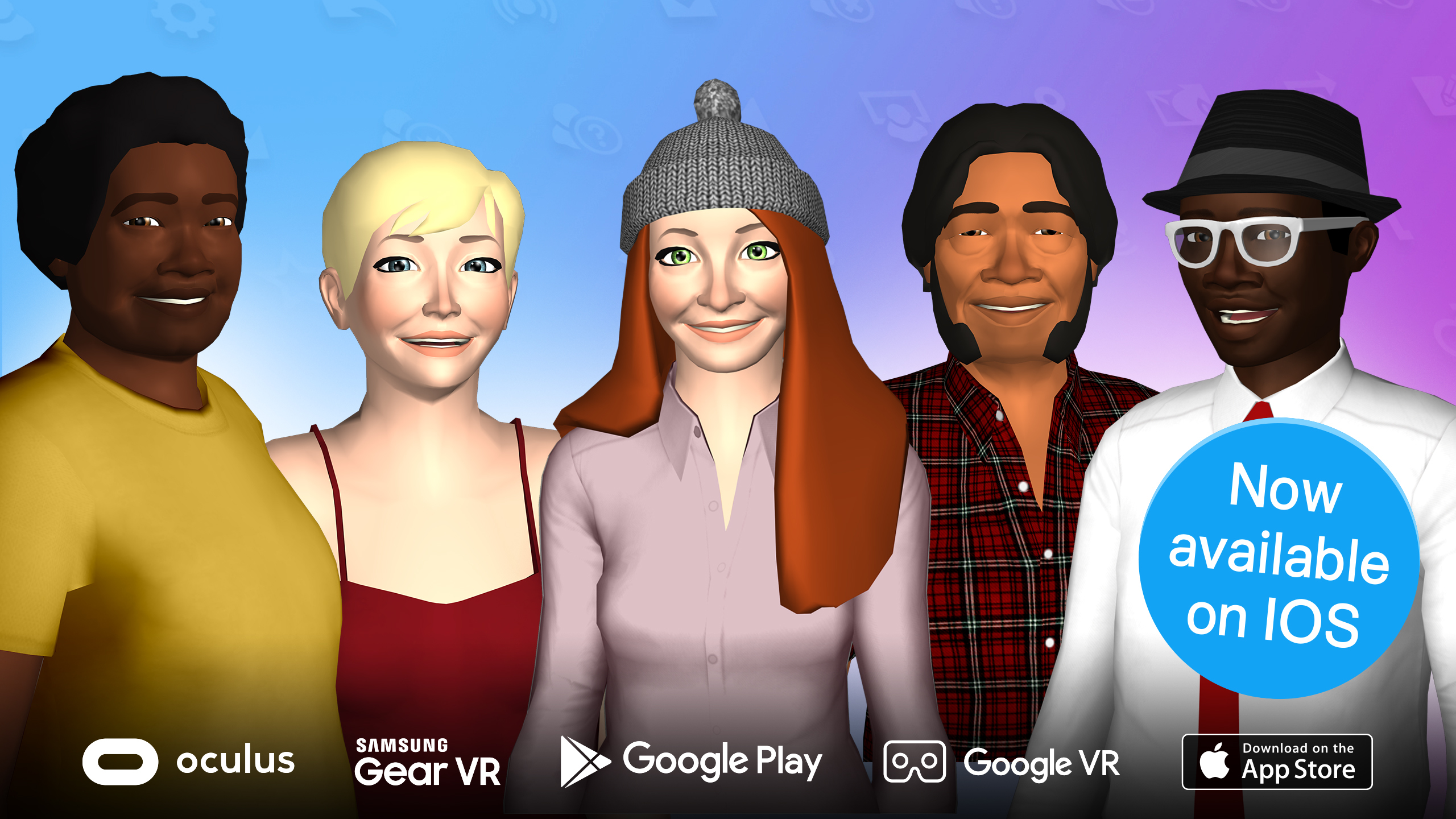 (Liverpool, UK – 6th December, 2016) vTime, the VR Sociable Network, today brings its flagship mobile VR title to iPhone, making it the most widely-accessible social network in virtual reality. Available to download for free from the App Store, vTime is now available globally for the iPhone 5S and above, including iPhone 7 and 7 Plus.

vTime is a VR social network that allows anyone, anywhere to spend quality time with family and friends in virtual reality. Launched on December, 22nd 2015, vTime offers its users the easiest and most immersive way to meet, chat and share in virtual reality.

Using either a VR headset, or vTime’s Magic Window mode (which allows you to vTime without a HMD), iPhone users will have access to all of vTime’s current functionality, including the ability to share images from their device, and hang out within their own 360 photos. iPhone users will also be able to road-test an early access version of vCast – vTime’s new and unique ‘broadcast yourself in VR’ feature, set to launch with more functionality before Christmas.

iPhone sign-ups can also take full advantage of vText, vTime’s private messaging service, which allows you to stay in contact with other users whether they’re online or offline. The network’s recently revamped avatar customisation system is also on offer, featuring billions of bespoke facial combinations to fine-tune your virtual self, and bring more of what makes you unique to the metaverse.

vTime Managing Director Clemens Wangerin said: “vTime has come to define virtual engagement for the huge amount of people who already communicate through our network every hour of every day, and all around the world. We’re fiercely proud of the experience vTime delivers to our users and we’re thrilled to bring vTime to iPhone in time for the holidays. Google VR, formerly known as Cardboard, has been a great platform for us since we first launched, and it’s a natural evolution to now bring vTime to the other 50% of the mobile ecosystem. Mobile offers the easiest and most accessible onramp to virtual reality, and vTime is a true landmark of what mobile VR is capable of. With VR tipped as one of the top trends this Christmas, the impulse purchase price point of Google VR headsets will introduce another big wave of people to social VR, and we’re proud to be the ones welcoming them on iPhone.”

The launch is the first of two major updates in December, with a first birthday update pegged for later this month. As well as a few seasonal surprises and events, new feature vCast will launch with extended functionality. vCast allows every user to create, broadcast, record and publish their content for the entire network in virtual reality. Viewers get to experience events and talks from around the world, both as they happen, and on demand. Already available with limited functionality in early access, vCast democratises VR broadcasting by creating a new channel for podcasts, chat shows, panels and more.

Working over 3G, 4G or Wi-Fi, the free app is currently out on Samsung Gear VR, Google VR, iPhone and Oculus Rift (DK2 and CV1). Completely cross platform, vTime will be available on all major VR platforms soon, with details for vTime on Daydream and HTC Vive still to be announced.

vTime is the VR sociable network that allows anyone, anywhere to socialize with family and friends and other users in virtual reality. Bringing people together virtually since December 2015, vTime is enjoyed by users in 195 countries.

Experience a growing library of incredible destinations and personalize your avatar as you chat with others in the virtual world. Platform agnostic, vTime supports Google Cardboard, Samsung Gear VR and iPhone, Oculus Rift (CV1 and DK2), and will add support soon for Daydream and HTC Vive. www.vTime.net