New update allows users to chat to friends and family inside their own images.

(Liverpool, UK – May 26, 2016) vTime, the VR sociable network, today launches a first in virtual reality; the ability for users to socialize with friends and family inside their own photographic memories. This ground breaking addition adds a new level of sociability to Virtual Reality, by allowing users to bring their own flat and 360 images into vTime sessions for the first time.

Until now, users have flocked to vTime to meet and chat with friends and family from around the world, in beautifully realized virtual environments. The arrival of image sharing in Early Access marks the beginning of the next phase for the VR social network, which focuses on being truly sociable.

“'Being sociable isn’t just about chatting,” explains vTime CEO Martin Kenwright. “It's also about sharing your personal memories with others. So now, we're letting you do just that; by giving you access to The Archive, and the freedom to upload your own images to the 360 Gallery. “

The new picture sharing feature allows users to upload their digital treasures to a personal (and free) cloud storage area. The host of a session is then able to select images from their library to share with other members of the group. From today, users can choose to share 2D photos in The Archive; an atmospheric underground vault, to showcase their pictures, or chat together with family or friends inside their memories in the 360 Gallery; a blank canvas ready to display 360 media.

vTime allows people to meet and socialize with friends and family around the world in a growing library of virtual destinations, using just a VR HMD, and headphones with built-in microphone. Since launching in December 2015, the network has already been downloaded by hundreds of thousands of users in over 170 countries. Working over 3G, 4G or Wi-Fi, the free app is currently out on Gear VR and Google Cardboard. Completely cross platform, vTime will be available on all major VR platforms, with support for headsets such as Oculus Rift and HTC Vive coming soon. vTime will also be available on PlayStation VR at launch (est. Q4).

vTime is the VR sociable network that allows anyone, anywhere to socialize with family and friends in virtual reality. Bringing people together virtually since December 2015, vTime is enjoyed by users in over 170 countries.

Experience a growing library of incredible destinations and personalize your avatar as you chat with others in the virtual world. Platform agnostic, vTime will support all VR HMDs, including Google Cardboard and Samsung Gear VR, through to tethered headsets such as the HTC Vive, PlayStation VR and Oculus Rift. www.vTime.net 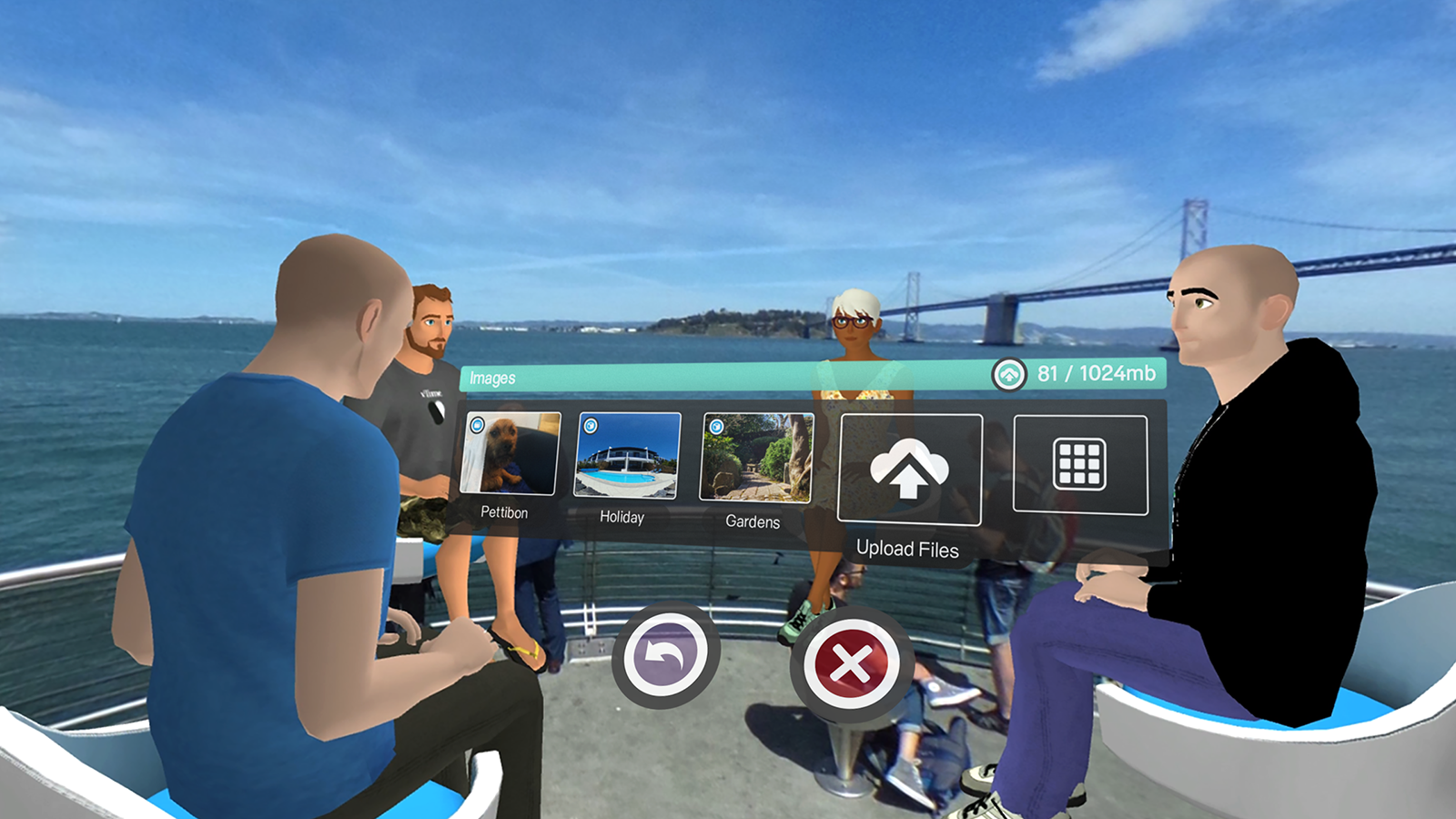