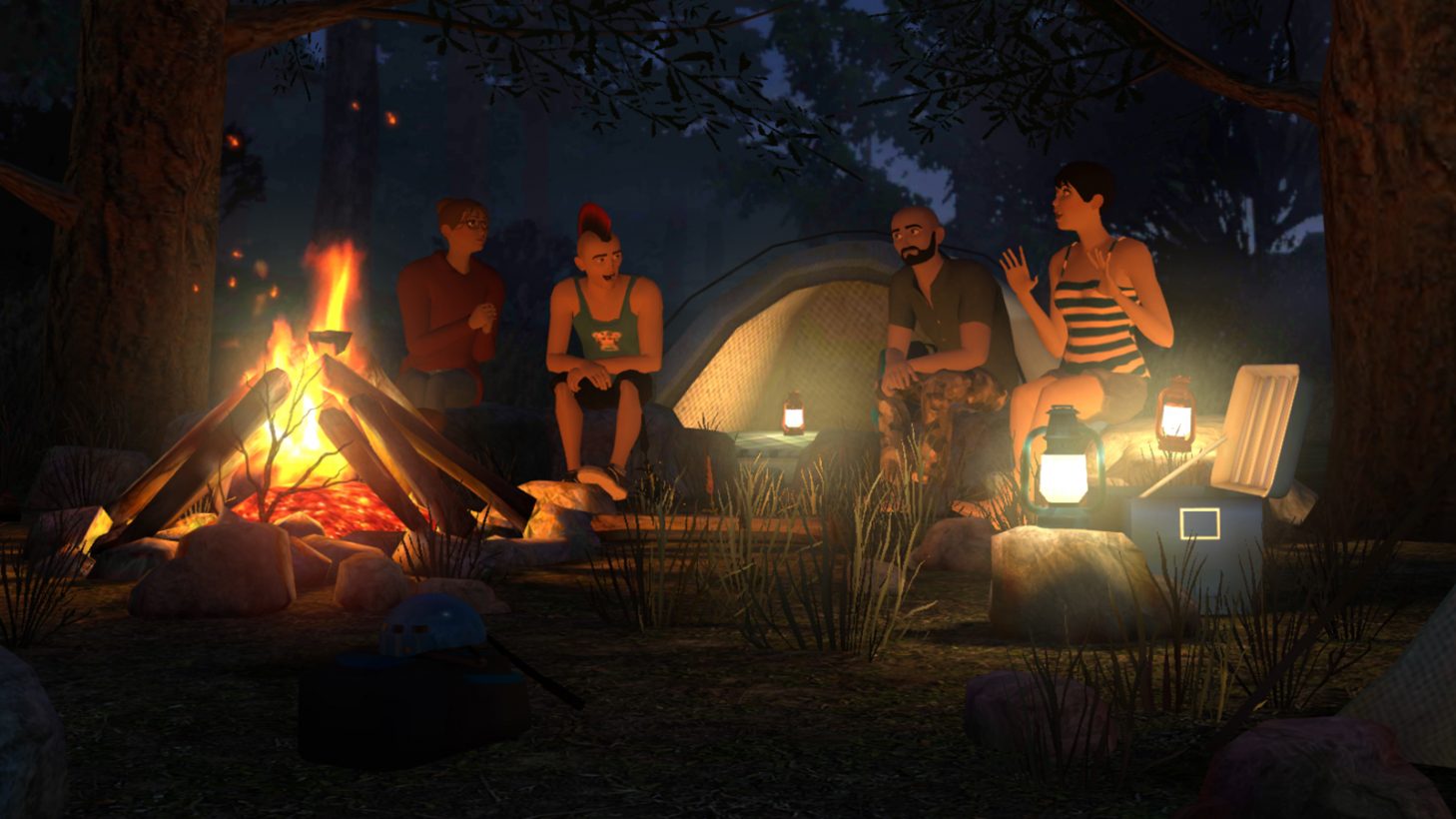 Our sociable network makes its debut on the Google Play Store, as we invite Cardboard users, and those without a HMD into vTime.

What's brown, made of card, and  makes a sociable network more sociable? The answer to this rather eloquent riddle is Google's low cost and widely available Cardboard headset. With more than five million Cardboards currently in the wild, that means plenty more people to get sociable with. And so it is with great pleasure, that we announce that vTime Cardboard Early Access hits the store today!

Now you can meet with friends and family, from wherever they are in the world, to chat in incredible virtual destinations using only your phone, a Cardboard headset, and earphones with a built in microphone.

vTime Cardboard launches with full vTime functionality, and with a little bit more besides. The app allows you to vTime without a HMD using Magic Window. After firing the app up, users can select Magic Window and vTime straight from the handset - handy for quick sessions when you don’t have your Cardboard or Gear VR headset with you. Gear VR users can download the app and use their existing login to use vTime Magic Window.

Like Gear VR users, vTime Cardboard users will also get to document their sessions with a vTime selfie, accessible from the avatar customisation menu. Find your snaps by logging into www.vtime.net shortly after taking, and they'll appear on your timeline.

As we're in Early Access, we're limiting the number of compatible headsets before we roll it out across other Android handsets with enough processing power. If you're lucky enough to have one of the handsets listed below, you can vTime now!

We really want and value your feedback! Help us make vTime the sociable network you want - let us know what you think of our network on http://www.vtime.net or email feedback@vTime.net and follow us on Twitter or Facebook.